AAA Living • Auto • The Best Way to Merge May Surprise You

The Best Way to Merge May Surprise You

Drivers who wait until the last minute to merge when losing a lane may frustrate you, but studies show they are merging correctly. The zipper merge is a safer and more efficient way to merge in slow-moving, congested traffic. Here is how—and why—it works.

What is the zipper merge?

The zipper merge is based on the same mechanics as a zipper you’d find on a jacket. Just as the teeth of that zipper smoothly come together, a zipper merge methodically brings together vehicles from two or more lanes.

Here is how it works: You’re driving on a busy highway in a construction zone and you see a sign indicating the lane you are in will soon end. If you follow the zipper merge method, you should stay in your lane up to the final merge point (instead of merging as soon as you see the warning sign). Then, take turns with drivers in the other lane to safely and smoothly ease into the remaining lane.

There are two important considerations. First, for the zipper merge to be effective, it takes cooperation among drivers—they must work together and take turns. Second, you should continue to drive consistently: Don’t rush ahead only to slam on your brakes later.

What makes the zipper merge work?

To many drivers, immediately using their turn signal and trying to merge into the next lane seems like the most courteous thing to do. The zipper merge can be interpreted as cutting in line. But research has shown that the zipper merge is more efficient because it uses more available road space for as long as possible—helping to keep traffic moving.

States across the country have been implementing zipper merge recommendations for more than a decade. Research found that a zipper merge in construction zones significantly cuts down the overall length of a traffic backup. It improves safety by promoting similar travel speeds between adjacent lanes. And it helps create a sense of fairness and equity because all lanes are moving at the same pace.

Should I ever avoid the zipper merge?

Yes. When traffic is moving at posted speeds and there aren’t any traffic backups, it makes sense to merge sooner into the lane that will remain open.

AAADrive can’t help you merge in a construction zone, but it can help you become a better driver overall. 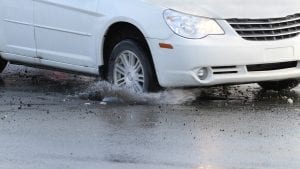 The Hole Truth: The Pain of Potholes 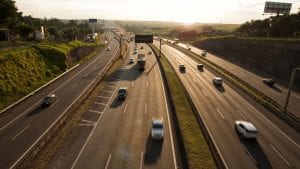 Get To Know the Move Over Law 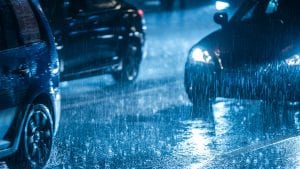 How to Keep Your Car Safe From Severe Storms