A Guide to Preventing Frozen Pipes

Freshly fallen snow, mugs of steaming hot cocoa, cozy fires—winter has its advantages. But when the temperature plummets, there’s also the risk of your home’s pipes freezing and bursting. And that’s one of the most common causes of property damage during frigid weather, according to the Insurance Institute for Business & Home Safety (IBHS).

So what’s a homeowner to do? Follow this guide to help prevent frozen pipes, and to get tips for how to handle them:

The ice itself isn’t what causes a pipe to burst. Instead, the ice blockage causes water pressure to build between the blockage and a closed faucet. That pressure increase causes the pipe to burst, often at a place where little or no ice has formed, according to the IBHS.

Where you live makes a difference, too. Homes in northern climates are typically built with pipes located inside of the building insulation so they’re protected from freezing weather. In southern climates, pipes are more vulnerable to the cold as they tend to be located in uninsulated areas, and homeowners may not be as aware of how to prevent frozen pipes.

Know how to prevent frozen pipes

Take these precautions to help prevent your pipes from freezing indoors—even if it’s below freezing outdoors:

Tell if your pipes are frozen

There are several clues that indicate your pipes might be in trouble:

If you find a frozen pipe, don’t take chances—call a licensed plumber. You can also try to safely warm it up to melt the ice. Don’t use a blowtorch or other open flame. Instead, place a towel doused in hot water or an electric heating pad around the pipe. You can also apply heat using an electric hair dryer. Keep the faucet on so you can tell if the faucet is thawing by the running water. If a water pipe bursts, turn off the water at the main shutoff valve in your home.

Don’t wait for a claim to learn what your policy doesn’t cover. Get a free AAA Triple Check.

Water damage is a leading cause of home insurance claims. Home insurance policies typically cover water damage to your home caused by a frozen pipe suddenly bursting. However, if you’re negligent, such as turning off the heat when you’re away from home, insurance may not cover your claim.

If you’re a renter, check your lease to determine if there are any applicable agreements with the landlord related to living in colder weather conditions. For example, the landlord might outline that you’re required to keep the thermostat above 60° during the winter to help prevent water damage. In many cases, renter’s insurance would help cover any damage to property caused by a burst pipe.

Talk to an insurance agent to discuss plans and what kind of coverage is right for you. 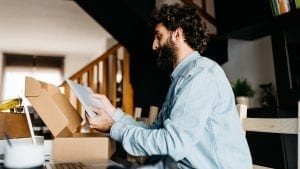 Send Good Cheer When You Can’t Be There 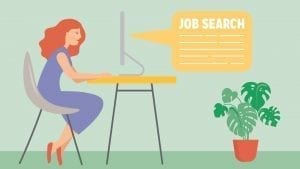 Laid Off Due to COVID-19? How to Boost Your Job Search 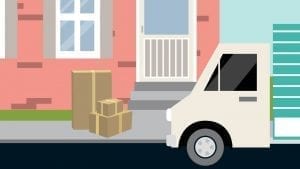