Tauck Cruises and Tours: Guiding Travel Into the Future

All images provided by Tauck

Travel gets more satisfying the less you have to worry about the details and the more you can simply relax and enjoy your destination. That’s the experience AAA travel partner Tauck brings to vacationers every day.

Here’s how they’ve been creating authentic, off-the-beaten path experiences for almost a century:

Five Tauck destinations to inspire a family-fun vacation this year.

As a traveling salesman, Arthur Tauck Sr. came to love the places he visited. In 1924, while on a trip in the Berkshires of western Massachusetts, he had a revolutionary idea—a way to share his love of travel with others: He guessed people would be more willing to visit new places if they had an expert guide to show them the way. So, he crafted an itinerary for a 1,000-mile jaunt through New England—with transportation, hotels, meals and more all covered in one up-front price—and advertised it in the local newspaper.

Six people joined Arthur Tauck Sr.’s first tour in 1925. He received such a positive response that he ran three tours the next year. Then, he bought a bus. Then, a whole fleet of buses. Ten years later, Tauck Tours was given the very first tour broker license, and the guided travel industry was born.

Over the next 90-plus years, his motor-coach operation grew into a global travel company with six brands and more than 140 trips across seven continents. Three generations of the Tauck family—and now a fourth—have led the company the entire way, all the time keeping Arthur Tauck Sr.’s simple idea of providing the “ideal vacation” at the heart of everything they do.

So, what makes a Tauck vacation different from a trip where you explore on your own? It’s just that: You’re not on your own. With Tauck’s longstanding reputation and experienced tour directors (most average 10 or more years of service), you have access to places the average person can’t reach by themselves.

For example, imagine being inside the Sistine Chapel before it opens to the public, gazing at Michelangelo’s masterpiece in near silence—only your small group of travelers by your side. Imagine spending the night in a palace or private castle, or having the chance to experience one of America’s national park lodges, which are usually booked up to a year in advance … And to make it happen, all you have to do is immerse yourself in your destination and enjoy—because your Tauck tour director takes care of every little detail.

Not only do they handle all the logistics—from checking in and out of hotels to shuttling luggage—but they also know the ins and outs of the local culture. Wherever you go, they’ll share the unspoken customs and traditions, letting you slip easily into the fabric of a place.

Oh, the places Tauck can take you … and the ways you’ll get there. You can explore Europe by cruising along its iconic rivers, such as the Rhine or the Danube, the Seine or the Douro. You can discover hidden harbors and island hideaways—places that large ocean liners can’t get to—on a small ship cruise to destinations like Costa Rica or the Galapagos Islands.

Or you can embark on a land journey to far-flung locales like Asia and Australia, or to our own backyard—from the prairies and canyons of the American West to the coastal charms of New England. Bringing the family? Tauck Bridges trips are tailor-made for families with interactive hands-on learning and fun for every generation.

And Tauck is constantly innovating and adding new places and experiences to its itineraries. You can now enjoy a private cruise and dinner on Australia’s striking Sydney Harbor, or participate in the largest Oktoberfest in the world in Munich, Germany.

Wherever you choose to go, from North America to Antarctica, the world awaits with Tauck leading the way.

Contact your local AAA Travel Advisor today to see how they can help you travel with Tauck.

Speak With an Advisor 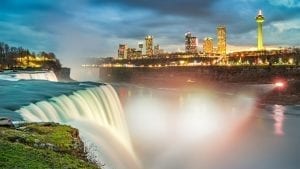 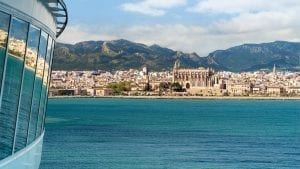 3 Ways to See Europe From a Cruise Ship 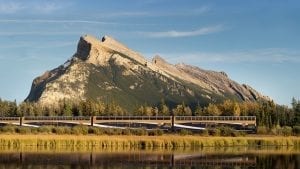 6 Reasons to Explore the Canadian Rockies by Train