AAA Living • Travel • Bison or Buffalo? Either Way, They’re Back

Bison or Buffalo? Either Way, They’re Back

Get reacquainted with a species that recovered from the brink of extinction so well it was redubbed America’s National Mammal.
4 Minute Read
Pinterest Linkedin Twitter Facebook

Millions of bison once thundered across the American prairie. For millennia, the species provided physical sustenance and spiritual inspiration for the native tribes of North America. But when 1800s European settlers overhunted them, their numbers dwindled to little more than 300 at one point.

Today, however, bison are back. In the days of station wagon road trips, bison reemerged as a sight along prairie highways, and their presence continues to grow throughout the country. Last May, the shaggy beast was officially designated America’s National Mammal, joining the eagle as both a national symbol and a great conservation success story.

Want to know more about our newly minted National Mammal? Here are some interesting facts about the bison.

What’s in a Name?

The scientific name for the animal is “bison,” but “bison” and “buffalo” are used interchangeably.

Bison were important to the livelihood of Native American tribes in the region before white settlement. They used the animal for food, made clothing and shelter from its skin, used its bones as tools and burned the dung as fuel.

Bison may be huge, but they’re also quick on their feet. They can run at speeds of up to 35 mph as well as jump, spin and even swim.

A white buffalo is sacred to many Native American tribes. A white bison named Dakota Miracle is part of the National Buffalo Museum’s herd in Jamestown, North Dakota. His mother, White Cloud, a rare albino buffalo, passed away in November 2016.

Bison are nearsighted but make up for it with a great sense of hearing and smell.

A bison swings its head from side to side to clear snow away from the prairie grasses and other plants it eats. These vegetarians can forage for food for up to 11 hours a day.

Rediscover the amazing sights and experiences available across our great nation.

Thanks to conservation efforts dating back over 100 years, it’s possible to see herds of buffalo across the country. Check out these five places where you can get up close (but not too close) with this mighty creature and learn about the historical and cultural significance the bison has played in American history.

Located in Jamestown, North Dakota, the National Buffalo Museum features bison art, Native American artifacts and prehistoric bison remains. The highlight is a herd of 25–30 buffalo that roams on more than 200 acres near the museum.

About a half-hour from Des Moines, Iowa, the Neal Smith National Wildlife Refuge is home to some 60 bison throughout a 700-acre enclosure. Bison here are managed for genetic diversity, with each animal individually microchipped for easy identification.

Home to some of America’s most famous natural landmarks, Yellowstone also plays host to the country’s largest public bison population. The bison here are among the few herds that have never been interbred with cattle, and Yellowstone is the only place in the United States where bison have lived continuously since prehistoric times.

Minneopa State Park, near Mankato, Minnesota, holds the state’s newest herd as well as the opportunity to drive through the 331 acres it roams. If you need help locating the bison, the view from Seppmann Mill overlook, home to the historic Seppmann windmill, can help locate them.

Located just outside Peoria, Illinois, Wildlife Prairie Park pays tribute to the American pioneer through its conservation of native animals and plants, as well as animals that would have been brought by early settlers. Enjoy a guided tour by bus or by rail on the Prairie Zephyr to take in the quiet forests and impressive wildlife. 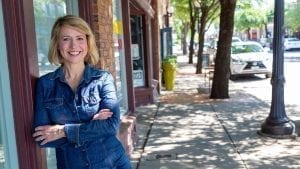 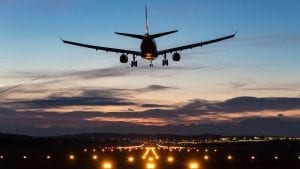 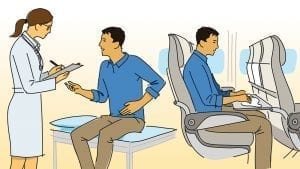 How to Stay Healthy on Vacation