7 Ways Iceland Will Win Your Hjarta

From the electric-blue waters of its geothermal pools to the icy landscapes of its glaciers, Iceland seems like another world. Throw in thundering waterfalls, hills named for elves and black-sand beaches, and it’s all a bit unbelievable that a place like this exists—a mere five hours by air from the East Coast. Here are seven ways to immerse yourself in Iceland’s magic.

What do James Bond, Batman and Lara Croft have in common? They’ve all appeared in movie scenes filmed at the Jokulsarlon glacier lagoon in southeast Iceland. The pristine lake sparkles with floating pieces of crystal-clear ice that turn shades of blue, purple, gray and white in the changing light.

One of Iceland’s many natural wonders, Jokulsarlon glacier lagoon only formed about 60 years ago when the glacier began to melt where it met the Atlantic Ocean. Masterfile

The lake is on the edge of Vatnajokull glacier—at some 3,000 square miles, the largest glacier mass in Europe. And while Iceland’s other glaciers can’t match Vatnajokull in terms of size, they make up for it with their austere beauty. Few experiences can top standing in the midst of a barren landscape of seemingly endless ice—something visitors can do on a glacier tour of Eyjafjallajokull. These excursions depart from Reykjavik and allow nature lovers to get up close to the glacier, which covers a volcano that famously erupted in 2010.

While the scenic southwest gets most of the attention, the country’s northern reaches feed an adventurer’s soul. A natural base is the city of Akureyri—with a population of around 18,000, it’s Iceland’s second largest. Nestled at the far end of a majestic fjord, this town bustles with cafes, lively winter festivals, and the galleries and boutiques of the Art Canyon. There’s even an 18-hole golf course—the northernmost links in the world.

Located in a former salting station, the Herring Era Museum pays tribute to the gold rush atmosphere created by the local fishing boom known as the “Herring Adventure.” Alamy

To the north is the quaint fishing village of Siglufjordur, where the Herring Era Museum illuminates the huge role played by the fishing industry in the development and settlement of Iceland. Further inland, the pure—and reportedly healing—waters of Lake Myvatn and the Myvatn Nature Baths await. Float on your back in the steamy outdoor lagoon on winter afternoons, when the sun sets at 3:30 p.m.; if you’re lucky, you’ll glimpse the green trails of the aurora borealis (or northern lights) as it snakes across the sky.

One of Iceland’s most famous culinary specialties is also its most maligned: hakarl, a dish made from shark that has been buried underground for several months to allow it to ferment and then hung to dry. You’ll be in the majority if you prefer just a quick taste of its funky flavor before moving on to more familiar dishes—such as locally raised, grass-fed lamb and seafood fresh from nearby waters.

While some traditional Icelandic dishes may seem unusual to American palates at first glance, restaurants like Matur og Drykkur have garnered worldwide attention for their cuisine. Matur & Drykkur

Both are on the menu at Matur og Drykkur, an upscale restaurant in Reykjavik that serves traditional Icelandic fare—think trout smoked with sheep’s dung and halibut soup. Also in the capital city: DILL, one of Iceland’s most critically acclaimed restaurants, serves up exquisite locally sourced dishes, such as arctic char with fennel.

Hot dogs have become as much of an institution in Iceland as they are in America. Alamy

Learn some of the basic ins-and-outs of Icelandic culture to get the most from your visit.

A more casual meal—and a favorite among locals—is easily grabbed at almost any gas station. Iceland’s popular pylsur, or hot dog, is made with lamb, beef and pork, and come loaded with remoulade, fried onions and mustard. Tip: If you order yours with just mustard, you’re getting it “Clinton-style,” nicknamed for the former U.S. president whom locals remember for his plain request.

In 1864, French author Jules Verne introduced the world to Iceland’s stunning Snaefellsnes Peninsula in Journey to the Center of the Earth—capturing the mystical scenery and shaping America’s impression of Iceland as a wild, otherworldly place.

Made primarily of pillow lava (lava formed by an underwater eruption), Mount Stapafell is a testament to Iceland’s volcanic history. Masterfile

On the peninsula, all manner of marvelous sights abound, from pebbled beaches to colorfully striped rhyolite mountains to pyramid-shaped Mount Stapafell (said to be home to members of Iceland’s mythical elven population). On nice days along the jagged coastline, whiskered seals bask on Ytri-Tunga beach.

Iceland was settled more than 1,000 years ago by Vikings, who found the uninhabited island similar to their Scandinavian homelands—but without the pesky monarchies. Marks of early settlement are everywhere, from the barren treeless landscape (Vikings took the wood for fuel and building materials, and their grazing livestock prevented it from reforesting) to the ancient stone fishing huts.

In 2000, the Viking ship replica housed at Viking World sailed from Iceland to New York, recreating the journey made by Leif Erikson 1,000 years prior. Masterfile

Viking-era travel takes the spotlight at Viking World, a museum in the seaside town of Reykjanesbaer, about 30 miles from Reykjavik. It’s home to a full-scale re-creation of a wooden longboat, the kind Icelandic explorer Leif Erikson sailed a millennium ago to North America. Another place to discover the beauty of Viking ship design is along Reykjavik’s waterfront, where the steel sculpture Sun Voyager elegantly mimics the clean lines of a longship.

Iceland’s north Atlantic climate can be dramatic and windy, but temperatures are actually much milder than its near-Arctic locale would suggest. So there’s never a bad time to explore Iceland’s natural phenomena, like its collection of waterfalls that rivals any other country’s in sheer power and raw beauty.

According to local legend, Sigridur Tomasdottir sought to prevent foreign investors from exploiting Gulfoss waterfall for electricity, going so far as to threaten to throw herself over the falls. Masterfile

Not too far from Reykjavik is one of Iceland’s most famous falls, Gullfoss (foss means waterfall in Icelandic). Here, the broad, rushing Hvita river plunges in two stages, making for dramatic cascades against a backdrop of verdant green tundra. It is magic in the middle of nowhere, or so it seems.

Bring a raincoat and walk behind Seljalandsfoss waterfall for a unique perspective on this Icelandic icon. Masterfile

But it’s the southern coast that’s truly exceptional. Here waterfall-chasers will find Svartifoss (Black Waterfall)—stunning for the contrast between the cascade’s white water and the surrounding black, hexagonal basalt columns. Another southern gem is Seljalandsfoss, considered one of Iceland’s most picturesque falls, with its narrow cascade tumbling nearly 200 feet into a clear pool below. A short trail leads you behind the falling water (a spectacular photographic angle) and into a cavern draped in emerald-green moss, while sunlight glancing off the mist creates a million tiny rainbows.

Down a well-marked trail is another cascade, Gljufrabui. Two-thirds as high as Seljalandsfoss and tucked away behind a wall of rocks, Gljufrabui is easy to miss. But it’s worth the trek, and exploring inside the gorge is half the fun.

The geological setting of Iceland—a country that spans two spreading tectonic plates—means the island is a literal hotbed of geothermal activity. Not only does this natural heat from within the earth provide about a quarter of the country’s power, it also provides ample, naturally heated water. Every town in Iceland—no matter the size—boasts a public geothermal pool. After a long day of work, Icelanders like to relax with a luxurious soak—and with Iceland ranked third on the U.N.’s 2017 World Happiness Report, perhaps they’re onto something.

Reputed to have healing properties for skin ailments, the Blue Lagoon is one of Iceland’s most popular stops. Masterfile

At the famous Blue Lagoon, the naturally heated water of this sprawling outdoor playground lives up to its color-coded name, and posh amenities (like in-water massages) pump up the indulgence factor. A winter soak—as the falling snow and chilly air contrast with the steamy, mineral-rich cerulean waters—is the ultimate Icelandic treat.

Your AAA Travel Consultant can help you plan and book a trip to Iceland and offer exclusive perks and insider tips. 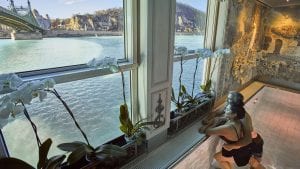 Set Sail in Style and Luxury on Uniworld River Cruises 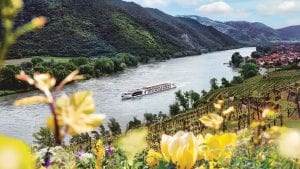 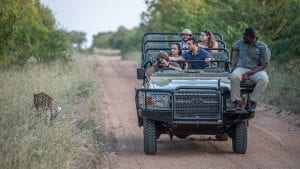